Our Baby Elephant Died….I am so Sad.

When he was found, there was no evidence of any wild elephants remaining in the area, and he had obviously been alone for some time as his ears were becoming tender and sun burnt.

The scouts monitored him for a further three hours to be sure that his herd or mother was not going to return. In this time it was evident the calf was desperate for company, joining a herd of cattle that had come in to water.

He was only a few weeks old with the dried remnants of his umbilical cord still showing on his underside. Given the increase in poaching in this area it is possible his mother was poached as elephants rarely leave their young.

Rukinga being transported to the refuge: 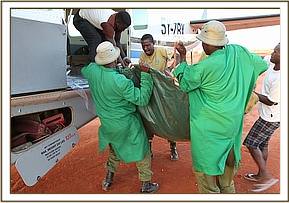 Rukinga’s flight to the Nursery: 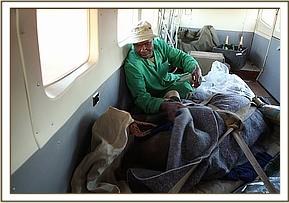 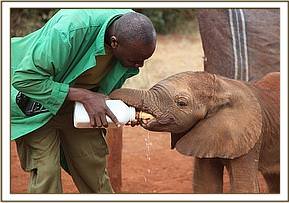 We were notified today that Rukinga had died during the teething process which is a very difficult time for baby elephants in captivity.

Baby elephants cut their molars between the age of 1 – 4 months and have an easy process of it in the wild but not so in captivity. They don’t know why but they are very susceptible to infection during this process in captivity. The milk formula received in captivity in place of their mother’s milk may be a key.

After telling us the measures that were taken to save Rukinga, the email ended like this:

“And so, the earthly remains of precious baby Rukinga, who died at dusk amidst the tears of his adopted human family, breathed his last as darkness took hold. He was deeply loved and is deeply mourned, not only by us but by all his foster parents who supported and loved him in life and so wanted him to live.

But, it was not to be. He now rests in peace alongside many others who have not made it, within the tranquility of the quiet forest environment of Nairobi National Park. We are sure that his spirit will now be reunited with that of his beautiful Elephant Mother. Somewhere in the Great Somewhere because even here on earth he was so very angelic. Following grief, the page has to be turned, for there will be many others in need of help and care, and we all have to be there for them as well. ”

We will be fostering another baby elephant soon and will keep you posted. If you are interested in the Fostering Program for Orphaned Elephants please check out: